What started out as a fairly calm weather season took a brutal turn in recent weeks as hurricanes once again wreaked havoc on our friends and family. The wrath of Hurricanes Ian and Fiona have left a path of destruction that will forever change the lives of those impacted. On Sept. 18, Fiona, a category 1 storm, slammed into Puerto Rico with historic amounts of rain. Mudslides and flooding destroyed many roads and bridges, leaving residents without access to food and shelter. Two weeks later, thousands of residents still await power to be restored.

In the past week, Ian, a Category 4 storm, powered its way through Florida and across the east coast leaving more than 80 known deaths, millions of dollars in damages and some areas uninhabitable. The death toll is expected to go higher as rescue and recovery crews comb through demolished homes and communities looking for survivors.

The visuals we see in the news only tell part of the story. Behind every pile of rubble is a person or family who lost everything. We have heard the harrowing stories from those who survived the rage of these storms. Our hearts and prayers go to each and every individual who has suffered loss at this time. It is a stark reminder that we are not in control. As much as we try to move through this life, the unexpected can quickly take it all away. 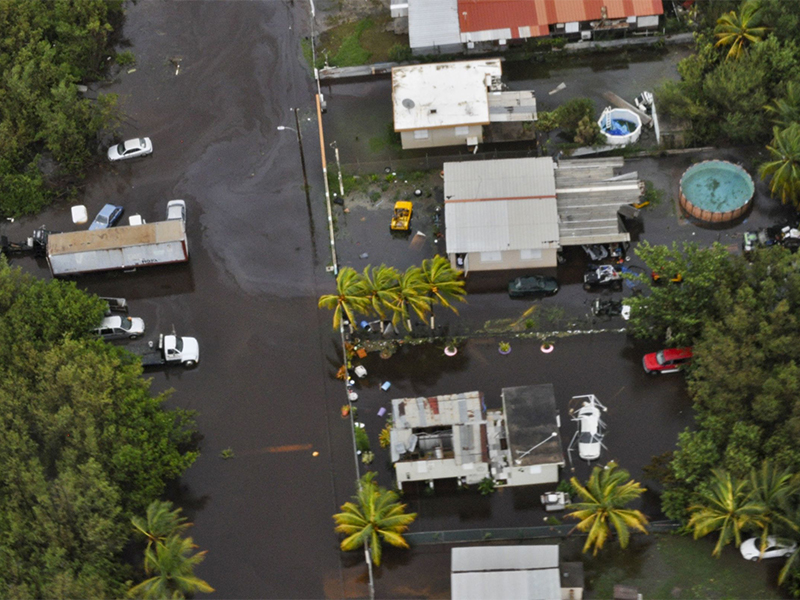 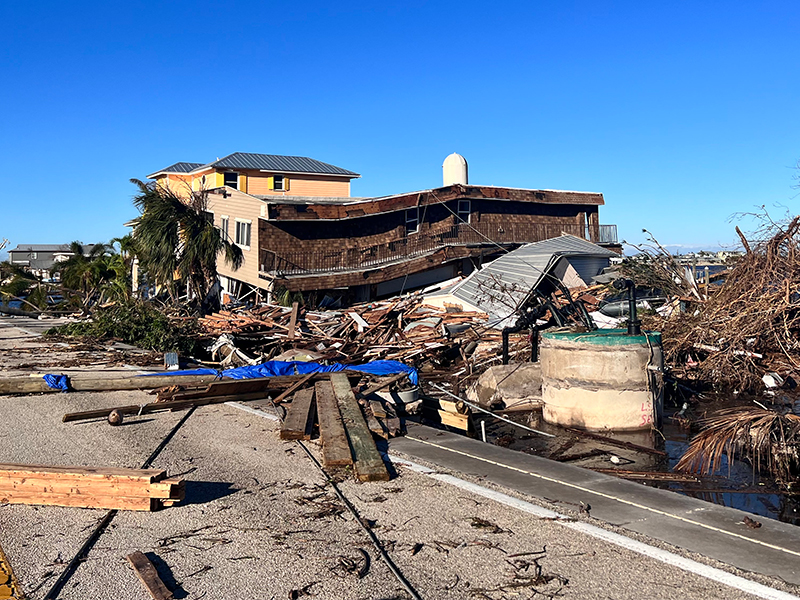 Florida Fish and Wildlife surveying damage caused by Hurricane Ian in Fr. Myers, Florida on September 30, 2022. –Photo by FWC licensed under CC BY 2.0.

The coming weeks, months and years will be hard. Not only for those who suffered losses in Puerto Rico, Florida and other states, but also for those who will be helping them recover from this tragedy. We recognize the massive demand that recovery will take on human service needs, disaster recovery operations and the countless churches that are working feverishly to meet the needs of their congregations and communities. As we always have, Presbyterians are already mobilizing to do their part to help the communities through this tragic time. Presbyterian Disaster Assistance has been in constant contact with presbyteries in all the affected areas. Individuals who are able to support the church’s efforts in the impacted areas can give here.

As the recovery continues, we once again must look to the One who brings light to the darkness, hope for the hopeless and renewed life to those who have lost their way. God did not bring us this far to leave us. Even now, our Lord has wrapped loving arms around the suffering and is working through the hands and feet of those on the ground.

Searching for Volunteers for our Recycling Program

Sunday Activities for Kids and Youth

Painting and repair of Sanctuary Underway | Worship in Westminster Hall

Stay connected on your phone.